This newest set of changes to the tool still don't include some of the things on my future wishlist, as mentioned in the previous post,  but instead came about when I attempted to use the tool from a Windows system and found it didn't work so well.

The changes in version 0.2 were essentially focused on getting the same functionality from the tool when run in Windows, as when run from Linux, as well as fixing some little niggles I found when attempting to use greppable output after running the tool on a list of sites via a for loop.

Some detail on the changes made in version 0.2:

Here's a screenshot of the tool running on Windows, in all its colourful glory. 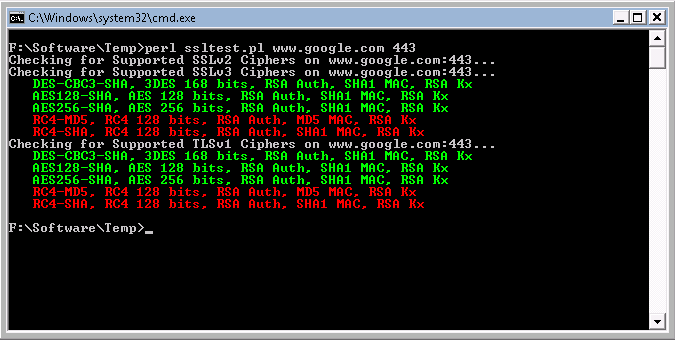