04 May 2014
Ive released version 1.20 of my Python gdb Debugging Extensions, which I have now renamed to pygdbdis.

The introductory page for the extensions is here if you want to refresh your memory on what it does.

For a basic overview: The extensions are intended for those of us who use gdb to debug applications without the source - e.g. for reverse engineering, exploit development, etc.  They contain a number of helper functions that allow you to easily view the program state in a familiar and easy to use fashion, with string reading, hexdump memory reading, stack viewing, register printout with pointer dereferencing, etc.

The extensions are tested to work on Mac OSX and Linux with a version of gdb that supports Python (get the macports version of gdb for OSX). The supported targets are x86 and amd_x86_64 processes. Use the 'printextensionhelp' command to show valid commands.  Use 'source /path/to/pygdbdis-1.20.py' in gdb to load the extensions, and you can now autoload them by placing this same line in your gdbinit file (e.g. ~/.gdbinit). 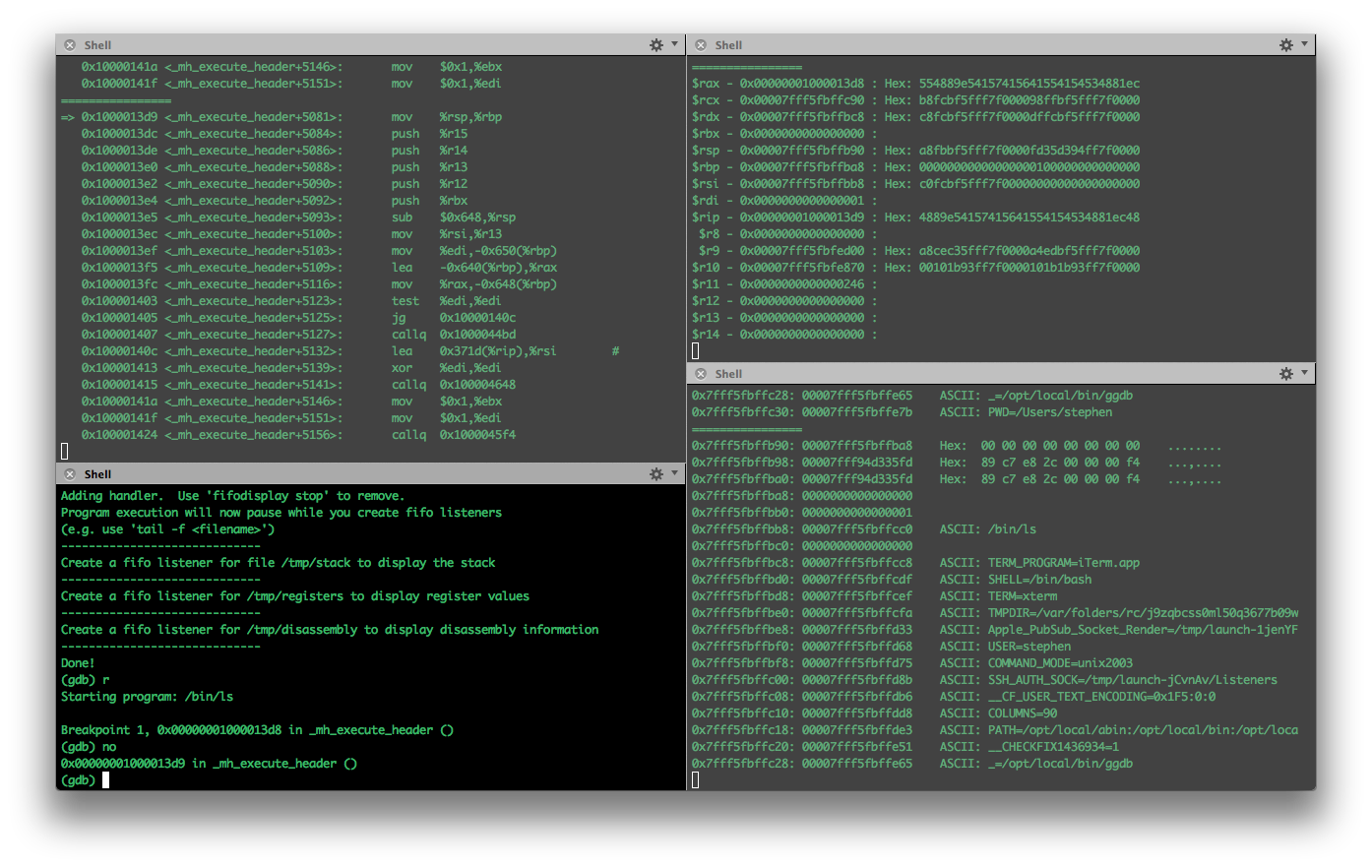 The changes in this version:
Download here: View on Github