13 Feb 2010
Having a working Windows c compiler on your Linux system can be very handy for penetration testing and incident response activities, as it allows you to create executables from Windows shellcode to aid in analysis or to compile Windows c based exploits so you can run them on your Linux box using wine.

In this post I will briefly cover the steps required to install the MinGW C compiler on a Linux system.

In order to achieve this, you will need a working version of wine, and you will need to be running your Linux system in GUI mode. Many Linux distributions will have wine available in their repositories, otherwise you can install it from here.  I am performing the following steps on BackTrack 4 where wine comes installed by default.

Start  by download the latest version of the installer from here.

The installer window will appear, as shown below. 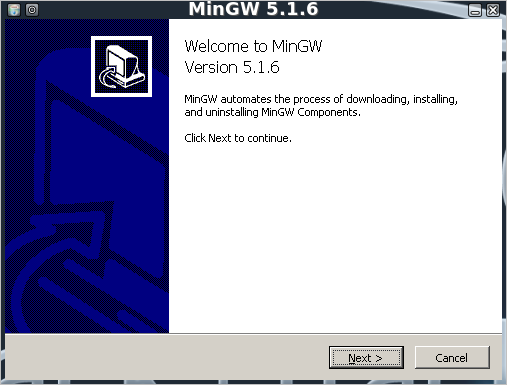 Hit Next and follow the bouncing ball through the first few steps, accepting the defaults.

When asked where to install MinGW, install it to the path in the C:\ drive, which wine creates under your home folder in ~/.wine/drive_c/.

Progress through the installer, then wait while the components of MinGW are downloaded and installed.

Once the install is done hit Finish. 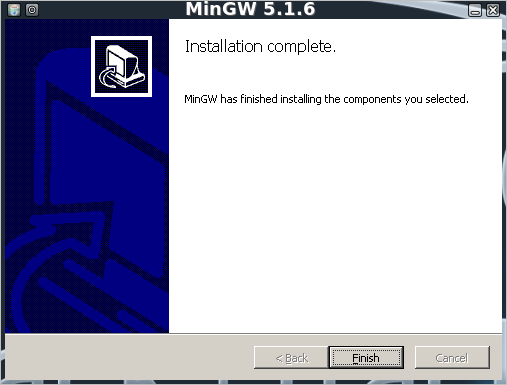 To actually use the compiler, run it as follows:

To compile a Windows c source file into an executable:

For programs that require the use of particular libraries, you can also use one of the following command line switches to gcc to compile a given program using the given library: